Epithermal Gold-Silver Deposits Module 1: Definition of “epithermal”; why look for these?

Module #1 in Straight Talk on Mining’s course on epithermal gold and silver deposits explores the term “epithermal” and discusses primary reasons for the popularity of this type of deposit.

Dr. Barron is an exploration geologist with over 36 years experience in the mining sector in commodities as diverse as uranium, platinum, rare earths, diamonds, base metals, industrial minerals and now sapphires, but his first love has always been gold. To date he has lived and worked in 18 countries and prospected all the continents except for Antarctica. In 2001, he privately founded Ecuador gold explorer Aurelian Resources Inc., which he listed on the TSX-V in 2003 and went on to make the colossal Fruta del Norte gold discovery in 2006 (13.7 M oz Au). He is the founder, Director, and major shareholder of uranium explorer U3O8 Corp. (UWE:TSX), and Director of Firestone Ventures Inc. (FV:TSX-V). Dr. Barron is presently President and CEO of Aurania Resources Ltd. (ARU:TSX-V). At the PDAC convention in March 2008 he was awarded the Thayer Lindsley International Discovery Award for his role in the discovery of the Fruta del Norte gold deposit and he was also jointly named the Northern Miner’s Mining Man of the Year 2008. He holds a Ph.D. in Geology from the University of Western Ontario and a BSc. (Hons) in Geology from the University of Toronto.
Previous Short Course Introduction – Explaining mineral deposits without the Mumbo Jumbo
Next Epithermal Gold-Silver Deposits Module 2 Part 1: Where in the world can you expect to find these and how do they form? 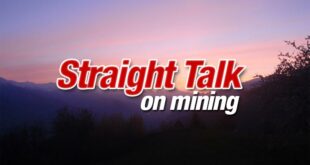 Welcome to the final module in my short course on epithermal gold-silver minerals deposits. Hopefully …