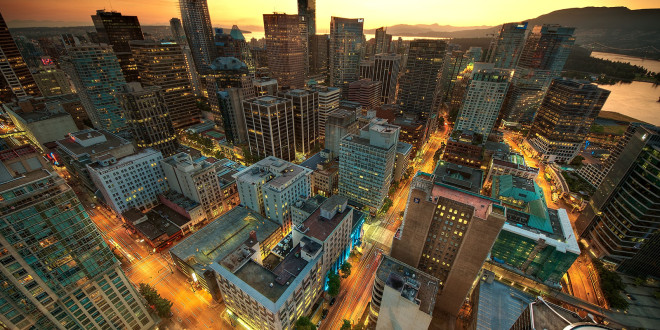 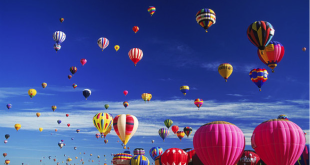 We just attended the Vancouver Investment Conference in beautiful British Columbia, which was timed to finish just as the British Columbia and Yukon Chamber of Mines Conference started, in the elegant setting of the Hotel Vancouver. The turnout for the two-day investment event was not exceptional, but an order of magnitude greater than similar events a few years back. In contrast, the Mining Chamber “Cordilleran Roundup” now running, is packed out! Yesterday, in the Four Seasons Hotel across the way, every seat in the hall was filled, and we’ve been told that for the upcoming diamond session there will be a closed circuit T.V. in an adjoining room, for those who can’t fit into the main hall. We were told today that the all-time attendance record for the conference has been broken.

The sector hasn’t roared back to life, but there is a palpable change. Mining companies are getting funding again for projects, and there is optimism in the air. At the Investment Conference the exhibiting companies were split about a third platinumpalladium exploration, a third gold exploration, and a third diamond exploration.

We received an E-mail from a reader who admonished us for not saying enough about Canadian diamond companies in our “Predictions for 2000″. Those of you who have been reading “Straight Talk” for a few months now may remember we mentioned two Canadian diamond players in Straight Talk #5 back on October 23rd. The companies, Majescor Resources, and Ashton Mining of Canada were respectively $0.55 and $0.74 CDN at the time. Today, they closed at $1.62 and $4.00 respectively. In other words, up 195% and 441% in three months. (If you want a reprint of #5 send an e-mail. There’s lots of good stuff in it.)

We knew these companies had projects with technical merit, but we didn’t envision this sort of run-up so fast! We don’t believe that ultimately diamond stocks will get the sort of astronomical run-up they had in 1991, because at that time the investing community had the impression there would be a diamond mine underneath every piece of northern tundra. Majescor and Ashton haven’t found mines yet, but they have promising prospects. The recent news out of both companies hasn’t been earth-shattering, so what’s changed? Our news is that vast areas of the Province of Quebec are currently being staked – more every hour. There must be an area larger than the State of New York already claimed. We phoned the Quebec Ministry of Natural Resources today and were told that 7,000 claims have been staked since Xmas. A few months ago any diamond results in press releases would have gone into the black hole of “who cares?” The staking rush in Quebec is in our opinion a highly significant – perhaps a watershed – event, and is the opening act for an incredible bull market in gold, silver and diamond stocks. The reason is a flight to quality; not in terms of the quality of the investment, but of the commodity sought. Diamond and precious metal exploration plays are the only investment opportunities left with potential to double and treble in share price in a short period of time. Mineral exploration has always offered this…..it just was forgotten in the manic days of dot com. The black pall of tech has finally been shirked off and venture capital is again heading the way of mineral exploration.

We’re not big believers in base metal exploration at this time, because of the decline in manufacturing and the many cutbacks in mine production from the base metals sector. Palladium now has had its run in our opinion. It was an artificial boom due to Russian withholding of palladium stocks from the marketplace. With the declines in car manufacturing by Ford and others we envision potential further softening in the palladium price. Huge numbers of junior companies got into platinum group metal (PGM’s) exploration over the last couple of years. Their collective experience has shown that it is relatively easy to find an occurrence or “showing” of platinum or palladium, but much more difficult to find a mineable orebody. In fact, it is notoriously difficult, in part because the mineralization is often too fine-grained and scattered to be recognized by the naked eye. To find an orebody usually means a great deal of highly expensive assaying of what otherwise looks like barren rock.

Diamond exploration in Canada is prone to long hiatuses in which there is little or no news. This is partly because of the seasonal nature of work, and partly because diamond laboratories who extract diamonds from drill core using a process called “caustic fusion” are now at capacity and backlogged. Canada is experiencing a mild winter so far, and in many areas ice is not sufficiently thick enough to support drilling rigs on frozen lakes, or ice roads for transporting equipment and machinery. A third consideration that will hamper the Quebec play is that the provincial government is woefully behind in notifying applicants whether their claims application has been accepted. This is because last year Quebec changed the rules from claim staking – erecting claim posts in the bush; to map staking – applying in the claims office or over the internet. Not enough personnel were devoted to maintaining the datafiles, with the result that the government is several months behind. What this means is that applicants can find that they applied for land already staked, only 2 or 3 months after the fact. Companies can’t raise funding unless they are sure they have the ground, otherwise they can be sued. If considering investing in companies involved in this play ensure that they have been granted the claims rather than just “applied” for them.

We still maintain that for all the reasons we’ve cited, the first good gold discovery will really take the investment world by storm. By good, we mean something with potential to be another Veladero, Pierina, Bulyanhulu, or Eskay Creek. They’re out there. But for the market to run with it, the discovery will have to be by a junior, and you can bet your boots that with the recent fight over Normandy, if the deposit is any good you’ll see a feeding frenzy amongst the senior gold producers to get their mitts on it. ************

Today NovaGold Resources released that their Donlin Creek, Alaska deposit has very substantially increased in tonnage, due to incorporation of 2001 drilling results in independent resource calculations. The number of “measured and indicated” gold ounces is up 92% to 4.38 million (26.93 million tonnes @ 5.06 g/t) and “inferred resource” gold ounces are up 161% to 6.18 million (36.8 million tonnes @ 5.22 g/t) using a gold price of $250 US and a 3.5 g/t cut-off grade. STRAIGHT TALK will be interviewing Rick van Nieuwenhuyse, President of NovaGold and Greg Johnson, VP Corporate Development, tomorrow and we will relay that interview to you as soon as possible.

Dr. Barron is an exploration geologist with over 36 years experience in the mining sector in commodities as diverse as uranium, platinum, rare earths, diamonds, base metals, industrial minerals and now sapphires, but his first love has always been gold. To date he has lived and worked in 18 countries and prospected all the continents except for Antarctica. In 2001, he privately founded Ecuador gold explorer Aurelian Resources Inc., which he listed on the TSX-V in 2003 and went on to make the colossal Fruta del Norte gold discovery in 2006 (13.7 M oz Au). He is the founder, Director, and major shareholder of uranium explorer U3O8 Corp. (UWE:TSX), and Director of Firestone Ventures Inc. (FV:TSX-V). Dr. Barron is presently President and CEO of Aurania Resources Ltd. (ARU:TSX-V). At the PDAC convention in March 2008 he was awarded the Thayer Lindsley International Discovery Award for his role in the discovery of the Fruta del Norte gold deposit and he was also jointly named the Northern Miner’s Mining Man of the Year 2008. He holds a Ph.D. in Geology from the University of Western Ontario and a BSc. (Hons) in Geology from the University of Toronto.
Previous New Year’s Predictions
Next Market Commentary 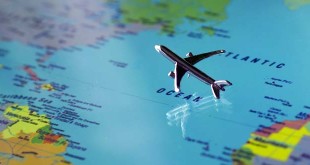 Several readers have asked me, “Where have you been for nine years?” The short answer, …