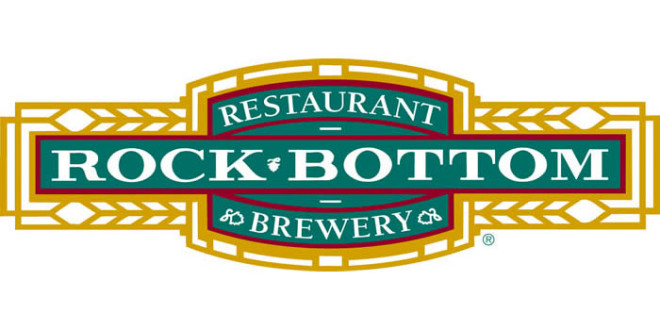 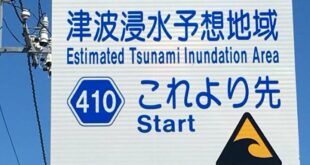 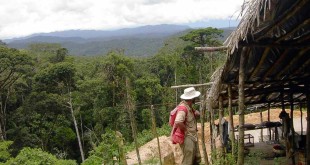 Denver is the home of the United States Geological Survey and a popular watering hole for geologists for many years has been the Rock Bottom Pub. Maybe it’s the micro-brews many geos I know are partial to; maybe it’s the word “Rock”, or the tongue-in-cheek that once you’ve crossed the threshold indeed you have reached “Rock Bottom”. I began writing this a few days before the Denver Gold Show, expecting at some time in the following few days to get to the R.B. Alas, it was not to be, and my meeting at the show was deferred to another day.

Over the last few years the complexion of the Denver Gold Show has drastically changed, and though I didn’t go, there have been a lot of post mortem reports by attendees. The word “capitulation” seems to be conspicuous everywhere. There are still some die-hard institutionals and banks attending, but they are usually there just to see one person and not to review the sector or catch the “buzz”; for there is no buzz.

Interest in the mining sector and the junior golds & silvers in particular is at low ebb. I haven’t seen it this bad ever….not even in the dark days after Bre-X. When I conceived the idea of starting up Aurelian Resources, way back 15 years ago, conditions were pretty similar. You couldn’t raise money for a pot to p _ _ s in. Long term friends and relatives told me that I was nuts, and indeed it was tough. Lots of doors were closed in my face. One joker offered me $1 million for 90% of the equity. We call that a “stink bid”. I have never quite forgiven him for that. I must admit my resolve wavered after that and I questioned whether or not I was doing the right thing. I had no budget – how could I plan one? The cash just came from my hip pocket on an as-needed basis while I ventured into the unknown.

Sad to say, a lot of the old generation of investors from 15 years ago has passed away, including my Dad, my greatest inspiration, an inveterate gold bug, and a self-made man who landed in Quebec City in 1951 with only 7 British pounds to his name. The migrants surging into Western Europe right now are largely economic migrants – young men without family like my father was. In their case it is almost always a one-way trip. A colleague of mine said to me the other day that the paradigm has shifted since 2000, and no one is interested in junior mining. The sector is dead – just that there is no one around to bury it. I don’t believe it, and not for a second!

So – in 2000, 2001, we had a situation where the gold and silver prices had sunk to multi-year lows, aided and abetted by many western Central Banks who unloaded their gold reserves into a falling market with an apologists’ claim that they were “underperforming assets”. Companies sold production forward and trashed the price. Eventually that gold would makes its way from the West to the mysterious East; from weak hands into strong. Now it is dowry for 100’s of millions of Indian brides, and savings for hundreds of million Chinese “aunties”; not to mention the reserve – disclosed and undisclosed – of the Peoples Republic of China.

Cast your mind back 15 years; the Nasdaq was just rolling over, dot.coms were all the rage, Bubble Vision talked about a “New Era”, analysts valued eyeballs on webpages above actual profits and revenues, and we had thousands of dubious business models based on the Internet and researched no more than napkins scrawled on during a boozy lunch (remember the company that wanted to sell dog food on-line?)

What has changed?? Well, we have governments printing paper money at a rate that 15 years ago would have astonished us. We have a lock on interest rates that bear no relation to business risk and in no way adequately reward the lender. We have a totally compliant media that treats this like it was a good thing. We have a Soviet-style lock on the economy and economic statistics such that the whole world pauses to see if Janet Yellen has indigestion from her lunch and will be dovish or hawkish. It’s all just different nonsense, but with the same effect. Gold is given up for dead.

It’s been more than 9 years since I laid down my pen (figuratively) and stopped writing Straight Talk on Mining. I was getting too busy and my ever-growing posse of lawyers advised me not to write. Before my company Aurelian Resources made the big Fruta del Norte discovery….in fact even before I took the company public I remember writing that, “the mining business could be as lucrative as selling cocaine – and it’s legal!” (I am watching the award winning Colombian TV miniseries “Pablo Escobar” with English-subtitles by the way.) With what could only be described as much “Chutzpa”, or maybe “hubris”, I declared I was going out to find a world class gold deposit. Dammit! Defying the odds and with the good graces of our Lord, I actually pulled it off, transforming a useless and worthless piece of jungle already robbed of its old-growth forest by mahogany bandits and its fauna by illegal miners, into a 13.7 million ounce gold resource. Lundin Gold should have it producing by 2018. At its zenith, Aurelian Resources Corp. peaked at $43 CAD, from a meagre low of 46 cents. Making money for shareholders is certainly the most fun you can have with your pants on. I got freaked out though when 2 shareholders phoned me and said they had mortgaged their homes to buy shares. Never bet the farm!! The cardinal rule of the stock market is to never risk what you can’t afford to lose. I didn’t want to call these guys reckless idiots but that’s what they were.

The thing that has driven the gold companies forever has been discovery, not offloading underperforming mines to make the bottom line look better. Senior companies treat their exploration staff like the guys in the red shirts in the original Star Trek…watching the show you always knew they were expendable, it was just a matter of time. We need to get this business – what’s left of it – back to fundamentals!! No one ever makes a fortune through downsizing. There was no appetite for junior mining back in 2001 and no audience – press releases went into the void. But today just remember there is no yield on investments. Someone is going to make a discovery. The stock will rocket to the moon and voila, we are all back in the game. Just watch this space.

On the advice of my very good friends Bob and Barb Moriarty I have decided to re-release all my old (27!) Straight Talk commentaries, but sanitized from all the inappropriate cultural stereotypes, malapropisms, and any unfortunate comments that might be considered misogynistic.  Hell, if Disney can redux all their animated cartoons I can do it too.

Straight Talk used to take me 2 weeks to write. I promise there will be new versions but with the advent of new technology I can blast off much smaller and readily digestible chunks. As Ben Franklin once remarked, “I would have written less if I had more time.”

Dr. Barron is an exploration geologist with over 36 years experience in the mining sector in commodities as diverse as uranium, platinum, rare earths, diamonds, base metals, industrial minerals and now sapphires, but his first love has always been gold. To date he has lived and worked in 18 countries and prospected all the continents except for Antarctica. In 2001, he privately founded Ecuador gold explorer Aurelian Resources Inc., which he listed on the TSX-V in 2003 and went on to make the colossal Fruta del Norte gold discovery in 2006 (13.7 M oz Au). He is the founder, Director, and major shareholder of uranium explorer U3O8 Corp. (UWE:TSX), and Director of Firestone Ventures Inc. (FV:TSX-V). Dr. Barron is presently President and CEO of Aurania Resources Ltd. (ARU:TSX-V). At the PDAC convention in March 2008 he was awarded the Thayer Lindsley International Discovery Award for his role in the discovery of the Fruta del Norte gold deposit and he was also jointly named the Northern Miner’s Mining Man of the Year 2008. He holds a Ph.D. in Geology from the University of Western Ontario and a BSc. (Hons) in Geology from the University of Toronto.
Previous Codswallop!
Next Premature Burial